“The density of both natural and cultural assets in a small island is unique and, provide a strong foundation for an ecotourism industry, as it is relatively easy for a visitor to obtain a very rich and rewarding holiday experience in a short period of time.”

Sri Lanka’s planned tourism started in 1965 on a beach model which is generally referred to as sun, sea and sand tourism. This classical model of tourism development was used by global lending agencies – World Bank and IDB to provide employment and generate foreign exchange earnings in some third world countries where sandy beaches were identified as a resource.

Countries in Latin America, Africa and Asia which viewed beach tourism as a development tool on the mass market beach model were becoming increasingly disillusioned with the economic leakage of tourist dollars and the negative, social and environmental impacts of mass tourism.

Mounting criticism of the collateral damage caused by mass tourism led the World Bank and IDB , which had invested heavily in large tourism projects , to conclude that tourism is not a sound development strategy. In the late 1970s, both institutions closed down their tourism departments and ceased lending for tourism. They only moved back into providing loans for tourism projects in the 1990s, this time under the rubric of ecotourism – (“Protecting Eden” by Martha Honey, July/August 2003 in “Environment”.)

In this context it has to be noted that the Sri Lanka Tourist Board has recognized this new segment of tourism and changed Its slogan to “beyond beaches, culture, nature, adventure” which fits very well with ecotourism.

The devastation of the Tsunami made it even more important for Sri Lanka to develop nature and cultural tourism with these resources distributed inland away from the mass tourism destinations along the coast.

Sri Lanka is a tropical island with total area of 65,610 sq.km. and a coastline extending over 1,585 km. Her natural environment is famed for its great scenic beauty and diversity. It ranges from clear blue coastal waters, coral reefs and sandy beaches on one hand to primeval forests, wetlands and mountain environments on the other. Super-imposed upon this are historic and cultural sites of antiquity going back to over 2000 years.

This rich blend of natural and cultural wealth represents a microcosm of many large countries. The density of both natural and cultural assets in a small island is unique and, provide a strong foundation for an ecotourism industry, as it is relatively easy for a visitor to obtain a very rich and rewarding holiday experience in a short period of time.

It was these striking attributes that, nearly 800 years ago, prompted Marco Polo, the famous European traveller and, perhaps, Sri Lanka’s first European tourist, to give expression to his wonderment in words that are still true today.

” On leaving the island of Andaman and sailing a thousand miles a little south of west, the Traveller reaches Ceylon, which is undoubtedly the finest island of its size in all the world”.

Tourism sector integrates a wide range of economic activities and is regarded as worlds’ largest industry. Over the last few decades, tourism has been one of the consistent growth industries. 808 Million took a holiday in a foreign country in 2005 (WTO press release26.1.06).

According to a paper prepared by the World Tourism Organisation (WTO), for the world summit on sustainable development (WSSD) Johannesburg, 2002. in addition to strong overall expansion, the development of tourism is characterized by continuing geographical spread and diversification of tourist destinations. While in 1950 the top 15 tourist destinations, all in Western Europe and North America, attracted 97 per cent of the world’s total arrivals, by 1999 this figure had fallen by 35% to 62%, with market shares increasing for developing countries and economies in transition, particularly in South-East Asia, Central and Eastern Europe, and Latin America.

Some key qualitative development trends in tourism include: increased market segmentation; development of new forms of tourism, especially those related to nature, wildlife, rural areas and culture; and introduction of new programmes in traditional package tours. Consumers’ motivations and behaviour are increasingly characterized by a more selective choice of destination, greater attention to the tourism experience and its quality, and a greater sensitivity to the environment, traditional culture and local people at the destinations.

The increase of market share to nature and culture will be over 300 Million of international arrivals – taking 35percent of 808 million arrivals in 2005 as a base – Such large numbers engaging in nature and cultural tourism is bound to create massive problems of environmental degradation both physical and social if not managed with sensitivity and cultural integrity.

Consequently, in order to minimize these impacts authentic ecotourism which is regarded as the most sustainable component of sustainable tourism seems to be the answer. Sri Lanka must take advantage of this trend and be ready to cater for ecotourism which encompasses nature and cultural tourism.

Related article
What is ecotoursm? 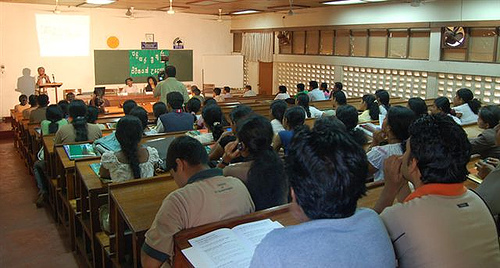 Environmentally friendly living not only helps the planet (giving a lighter ecological footprint) but also provide you healthy, simple and more economical lifestyle. Just a few small changes in your day to day life will be helpful in addressing some of the global issues such as global warming and also local issues such as solid waste disposal, energy crisis, land degradation and water scarcity.

Idea you can implement NOW:

About 85% of what we throw out from households are easily biodegradable waste which will provide us a fertilizer for our gardens at no cost passively. A compost bin takes up maximum 1 sq m from your garden space. These are available in plastic, concrete or metal in many sizes and to suit your budget.

Seventeen Ideas for Environmentally Friendly Living
Environmentally friendly living not only helps the planet (giving a lighter ecological footprint) but also provide you healthy, simple and more economical lifestyle.
These ideas were compiled by Department of Forestry and Environment Science and these will be launched on World Environment Day 2007 (June 5)

Sri Lanka Tourism An Opportunity to Change of Direction from Sun, Sea and Sand in the Aftermath of the Tsunami – by Chandra de Silva

Research papers of Forestry and Environment Symposia 1995-2001Abstracts of the research papers of the symposia covering various subjects in the fields of forestry, environment, biodiversity, natrue and natural resources

Challenges and opportunities in Forestry for the new millennium